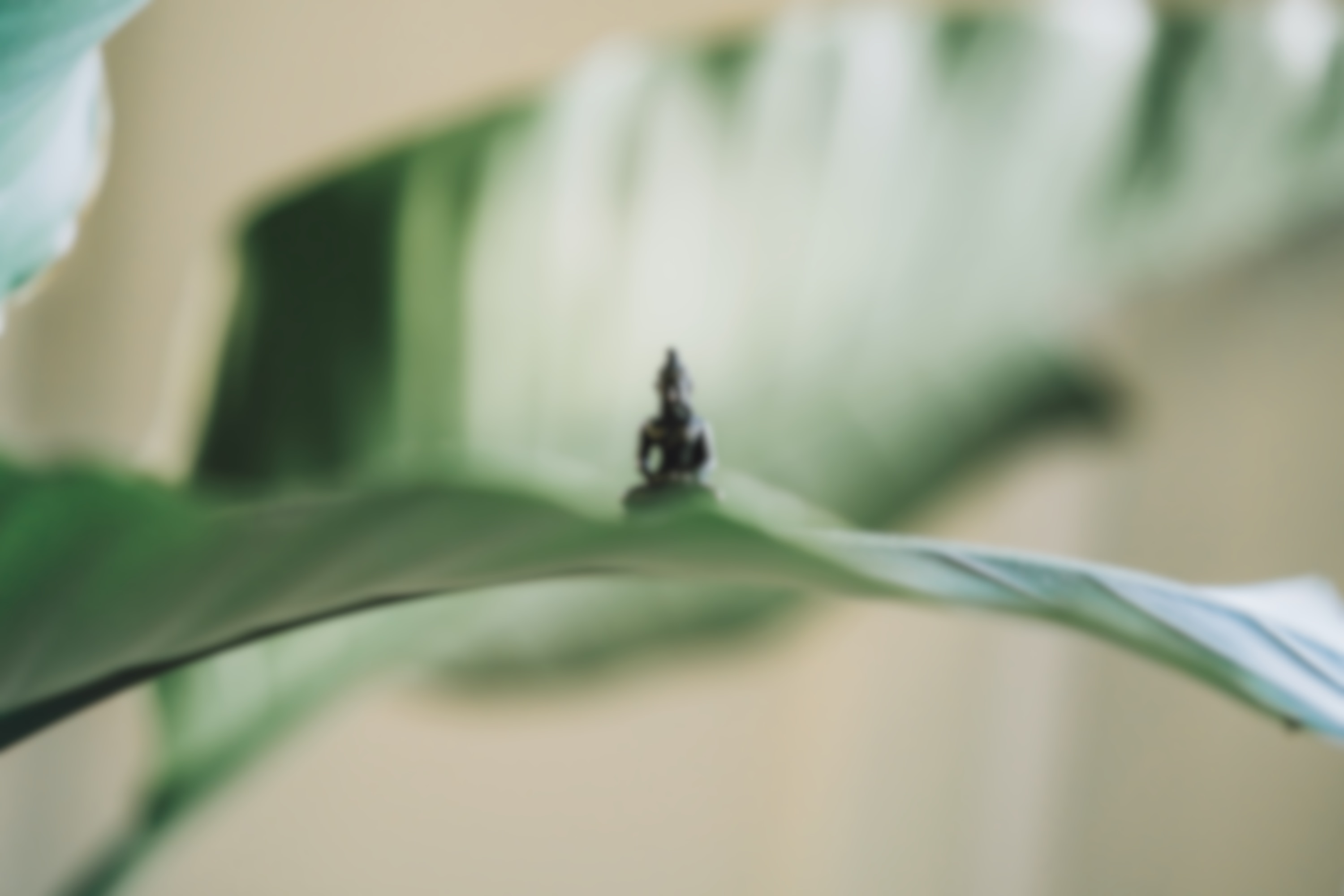 Photo by Samuel Austin on Unsplash
psychology
You Are Not Your Thoughts and Feelings
Although we may get sucked in often, it is important to remember that we are just watching this play of the body and the psyche.
By Daniel Riley
Apr 28th, 2020 | 6 min read

In a brief summary, Singer began has a ‘fairly ordinary graduate student’ before embarking on a pretty crazy life.

After an event that we will cover in just a moment, he began studying psychology and taking extensive meditation retreats. He built his own house in the woods, and eventually built his own meditation centre (which is now one of the most famous in the world): The Temple of the Universe.

As his life began to unfold at a rapid pace, he ended up creating the Medical Manager, one of the first companies that permitted the use of digital record-keeping for medical practitioners. Medical Manager was eventually acquired by WebMD in a billion-dollar takeover.

Since then, Singer has written two incredible books: The Untethered Soul which covers topics on yogic philosophy including the concept of self, the meaning of life, and the theory of mind. His second book, The Surrender Experiment, documents his entire life story. He says that he owes all of his success to ignoring the voice inside his head and surrendering to the flow of life.

So why do I tell you this?

Firstly, Singer’s journey is fascinating and is one of the first examples I have seen of an ‘entrepreneur’ who surrendered and acted on whatever life was presenting him, rather than chasing, forcing and trying to control life. He never planned on having (and perhaps didn’t even want) to be a huge financial success, but mastering the spiritual side of life seemed to guide him there anyway.

Secondly and more to the point of this article, Singer’s life changed forever and he embarked on this amazing journey not after some epiphany at one of his meditation centres, but rather from being sat on his friend’s sofa. It was the winter of 1970 and he and his friend Ronnie were chatting like they had many times before, when something transformational happened:

"I don’t remember exactly what we were talking about, but there had been a lull in our leisurely conversation. I noticed I was uncomfortable with the silence and found myself thinking of what to say next. I had been in similar situations many times before, but something was quite different about this experience. Instead of simply being uncomfortable and trying to find something to say, I noticed that I was uncomfortable and trying to find something to say. For the first time in my life, my mind and emotions were something I was watching instead of being.

This conceptual revelation may or may not come as a surprise to you. The idea that we as ‘Beings’ are separate to our thoughts and emotions was something that I kind of knew but never really gave any thought to. That was until my mental health started to struggle and I found myself becoming one with my neurotic thoughts.

This revelation served as the gateway out of all of that.

You will forget and you will get drawn in again. But you can always try to remember that you are not your thoughts or feelings – you are the watcher of them all.

If you are still struggling to wrap your head around this, let’s dive a little deeper…

Michael Singer’s entire first chapter of The Untethered Soul is dedicated to the nature of this inner voice, but here are a few of his best examples that help to hammer home the point:

"You do hear it [your inner voice] when it talks, don’t you? Make it say “hello” right now. Say it over and over a few times. Now shout it inside! Can you hear yourself saying “hello” inside? Of course you can. There is a voice talking, and there is you who notices the voice talking. The problem is that it’s easy to notice the voice saying “hello,” but it’s difficult to see that no matter what the voice says, it is still just a voice talking and you listening.

Suppose you were looking at three objects – a flowerpot, a photograph and a book – and were then asked, “Which of these objects is you?” You’d say, “None of them! I’m the one who’s looking at what you’re putting in front of me. It doesn’t matter what you put in front of me, it’s always going to be me looking at it.”

You see, it’s an act of a subject perceiving various objects. This is also true of hearing the voice inside. It doesn’t make any difference what it’s saying, you are the one who is aware of it."

Hopefully, this makes this subject/object relationship a little more clear. It is going on almost every single second of your life, so it is important to understand it. Even more important to remember it when you feel that you are getting whisked away by your thoughts. You will notice that the voice takes both sides of an argument:

“We spoke about this. I told you that it was not going to be worth it. What do you mean? We tried and failed, so what? Why are you getting so uptight?”

Although it can be deceiving, there are no two sides to this argument. There isn’t a part that is you fighting a part that isn’t you. It’s all the same voice that you hear. The voice takes both sides so that it gets to keep talking and keep you distracted. You might even listen in to see which ‘side’ wins. Even the act of ‘listening in’ shows that you are something separate from this voice. As long as the voice gets to keep talking, it will talk about anything, take any side and jump to any subject. You just have to watch it and not get involved.

No matter what the emotion is – positive or negative – you are the one who experiences these things, you are not these things. Just like with thoughts, it is incredibly easy to get sucked in into strong emotions if you aren’t aware.

There is a place inside of you where you watch all of these things. It is where your consciousness and awareness reside – it is where you are the watcher. The watcher – which is what you actually are – is unaffected by thoughts and feelings. It only watches them come and go inside of this strange human vessel that you inhabit.

The more times you can find yourself in that seat of the watcher, the more peace you will find. It doesn’t matter what is going on inside or outside, because you are just the one who is watching it.

Again, Michael Singer is the one who puts it the most eloquently:

With a little bit of intentional practice, you can find yourself as the watcher more often. Being the observer of thoughts and emotions can become your natural state, rather than being at the mercy of wherever they decide to take you if you start getting involved with them.

It can be hard, but in times of difficulty, try to remember that you are not your thoughts or your feelings – you are the watcher of them. That can be the separation that you need.