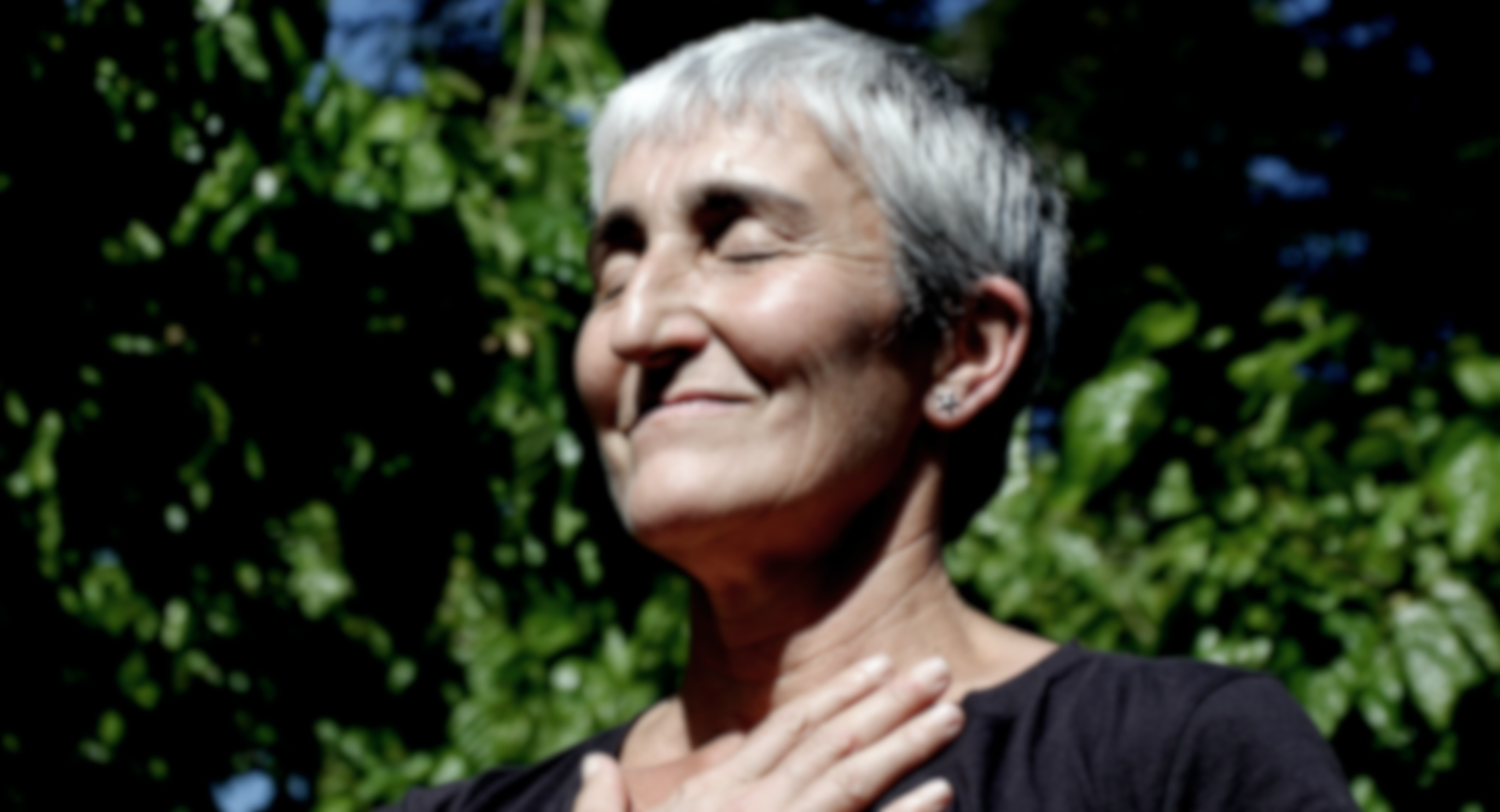 Photo by Xevi Casanovas on Unsplash
self
Want to Be More Mindful? Make Choices.
Meditation is one way to mindfulness. But we can also become more mindful through ordinary situations. One way to do it is to make more choices.
By Marta Brzosko
Apr 22nd, 2020 | 8 min read

Once you decide that mindfulness is good for you, the next question is - how to make more of it?

I'm guessing you already experienced the state of being in the present moment. Being aware of your own thoughts and sensations, as well as your environment, can feel really good. You become more connected and less reactive. You're more at peace wit whatever is unfolding.

But this state of mindful awareness is also very fleeting. Sometimes you enter it spontaneously - but you can't force it. So what can you do to be mindful more often and in a natural way?

This article isn't about meditation. There are many wonderful tutorials on mindfulness meditation out there. But here, I want to put emphasis on something else. I want to show you mindfulness as a natural quality that can arise when certain conditions are present.

Mindfulness isn't random. You can arrange the conditions for it to thrive.

One way to do it is to create more situations when you're required to make choices.

Here's What Mindfulness Feeds On

Can you remember the last time you were in a new city, walking around the streets you've never seen before?

Maybe you allowed yourself to roam without any particular destination. Or maybe, you were trying to follow a route to a monument or a specific meeting point with a friend.

Most likely, you were more present in that situation than you are on your more familiar routes, e.g. to work. Mindfulness arises naturally when we're faced with a new situation or environment.

But it doesn’t have to be as big as going to another city. Being in a friend's new flat for the first time activates similar qualities. These qualities come with adopting the attitude of a beginner - a person without a preconceived notion of how things should unfold.

Some time ago, I went to a bathroom in a house I'd never been to before. What is an automatic activity at my place turned into a mindfulness enhancer there.

When you're at home, using a bathroom is automatized for a good reason. Your brain relies on it to deal with repetitive tasks and save its processing power for more worthwhile occasions.

But when entering a bathroom you've never seen before - suddenly, the well-known, automated sequence of movements isn’t reliable anymore.

You discover that the bathroom door slides, instead of push-pull opening. The toilet is on the left rather than right, and so you become a tiny bit more aware of the movements required to reach it. The toilet seat is a different height. The flushing button is in the wall instead of the toilet tank, like you're used to.

And if that wasn’t enough, at the end of the whole operation you also discover that your friend uses bar soap to wash their hands! Because you haven’t used a handwash other than liquid for a while, you notice that spinning the soap in between your palms engages a whole different set of muscles.

Leaving the bathroom, you may acknowledge that any kind of newness attracts mindfulness. But life as most of us live it — structured around same spaces and activities — limits your ability to be in new surroundings.

However, you can recreate this sense of newness in old situations by making choices. The opportunity to make a choice is literally in every moment. However, we abandon the idea of choice entirely in those contexts where our actions are automatized.

But a visit to your friend's bathroom reminds you that every moment contains a choice.

You may reach for the soap with your left OR right hand. You may take two longer OR three shorter steps to cover the distance between the toilet and the washbasin. You may choose to dry your hands OR not.

All these micro-choices, if embraced, are precisely what ignites spontaneous mindfulness.

Want to see how choice-making works your mind in practice? Let’s do a little experiment.

An Experiment of Choice

First, I want you to look at the self-portrait of Vincent Van Gogh below for around 15 seconds. After that time, scroll down so you cannot see the picture anymore.

Now write down (or say to yourself in your mind) everything you can remember about that picture. It can be particular details that drew your attention, overall feeling you got from looking at it, a colour that you registered… anything that you remember.

Finished? Okay, good job. Now, look below and compare the two Van Gogh’s self-portraits. Pick the one you prefer. This time, take as much time as you need . After you have your favourite, scroll down again so that you cannot see the paintings.

Now, write down again what new you noticed about the first picture after comparing it with the second one.

Do you happen to be able to enlist more details now, after having to make a choice?

This simple experiment shows how the brain works depending on whether there are choices to be made. When conscious decision is required, we embrace a different mode of perception.

Otherwise, you live on autopilot. You either follow pre-planned routines or you give control away to somebody else. As a consequence, your brain doesn’t have an incentive to register the details of what’s going on around you. It simply doesn’t have anything useful to do with them.

Think being guided by a friend in a part of town you’ve never been to before — as opposed to making an effort to find your own way. Your mind usually becomes lazy and oblivious when all you have to do is follow.

When you're faced with the need to decide, your brain starts operating in a new way. Making any kind of choice means that it has to be based on something. Even if it’s as simple as picking the plate you'll eat on or socks you wear today. Anything that involves a conscious decision demands you to notice something upon which to make that decision.

And in order to notice, you need to be mindful — even if just for a brief second.

This may sound petty, but it can actually have big consequences in the most important aspects of your life - for example, your health or life-span.

How so? Let me introduce you to the work of Ellen Langer - one of the most experienced mindfulness researchers in the world.

The Psychology of Possibility

Ellen Langer started her research on mindfulness by acknowledging that for the most part of life we are… mindless. One of her favourite anecdotes clearly shows how modern society often encourages mindlessness:

“I once went to make a purchase and I gave [the cashier] my credit card and she saw it wasn’t signed.” The cashier asked Langer to sign it, which she did, and the cashier then ran it through the machine. When the receipt was generated, she asked Langer to sign that as well. With the newly signed card in one hand, and the receipt in the other, “[the cashier] then compared the two signatures.” — The Mindfulness Chronicles﻿

Langer argues that the way out of many troubles we have is simply to start paying attention — or to be mindful. But, unlike many mindfulness teachers or gurus, she doesn’t necessarily encourage people to sit on a meditation cushion. In her work, she has been proving that everyday mindfulness can arise naturally, fostered by the circumstances.

She put it this way: “All you need to do is actively notice new things.”

How do you actively notice new things? By making choices. Langer conducted a study which showed how just how far the consequences of this can go.

In the 1970s, Langer and her colleague, Judith Rodin, conducted an experiment in a nursing home. They divided residents into two groups. People in the first group were encouraged to make decisions about their daily activities. They each received a houseplant and were told that, from now on, they were responsible for it.

On top of that, they were allowed to choose where they would meet visitors, what kind of movies they would watch and what they would eat for dinner.

They were given choice as to how to spent their days.

The second group was left to the regular rhythm of life in a nursing home. They continued to follow the instructions, activities and meals proposed by the staff. They received houseplants, too - but unlike the first group, they were told that nurses would take care of them.

A year and a half later, Langer and Rodin went to visit the home and check on the people in both groups. They noted that people from the first group, with more decision-making power, were “more cheerful, active, and alert, based on a variety of tests we had administered both before and after the experiment.” They were also significantly healthier than people in the second group.

But what really surprised them was that in the first group, the death ratio of the residents was less than half of the one observed in the second group. This suggests that mindfulness and making personal choices may be critical to living long, healthy and balanced lives.

Commit to The Mindset of Choice

Knowing that, there's no reason you shouldn’t foster mindfulness in your moment-to-moment experience. Even if meditation isn’t your cup of tea, you can still do other things to experience more mindfulness every day.

It may be enough to just put yourself a little more in charge of your life.

This is not about big decisions like quitting your job or breaking up with a partner. What I mean by “putting yourself in charge” is to start thinking about yourself as a decision-maker. Making more choices is the key to mindfulness — and literally, any choices will do.

Organizing a movie night with your friends? Don’t wait for them to pick titles so you can simply tag along. Do a little Google search, pick a film you'd like to watch and suggest it.

What are you going to eat tonight? It doesn’t have to be pasta, just because that's you default meal. Remind yourself that, actually, you can eat whatever the hell you feel like. So, ask yourself what you feel like — and then, make a choice.

Do you see what I mean? The significance or size of the choices don’t matter for mindfulness. Mindfulness will arise spontaneously every time you are faced with any kind of decision.

Make sure your whole life doesn't run on autopilot. Instead, commit to the mindset of choice. Because in each and every moment, there's some kind of choice to make.

This article was written by Marta Brzosko.
Consider supporting them so they can create more quality content.