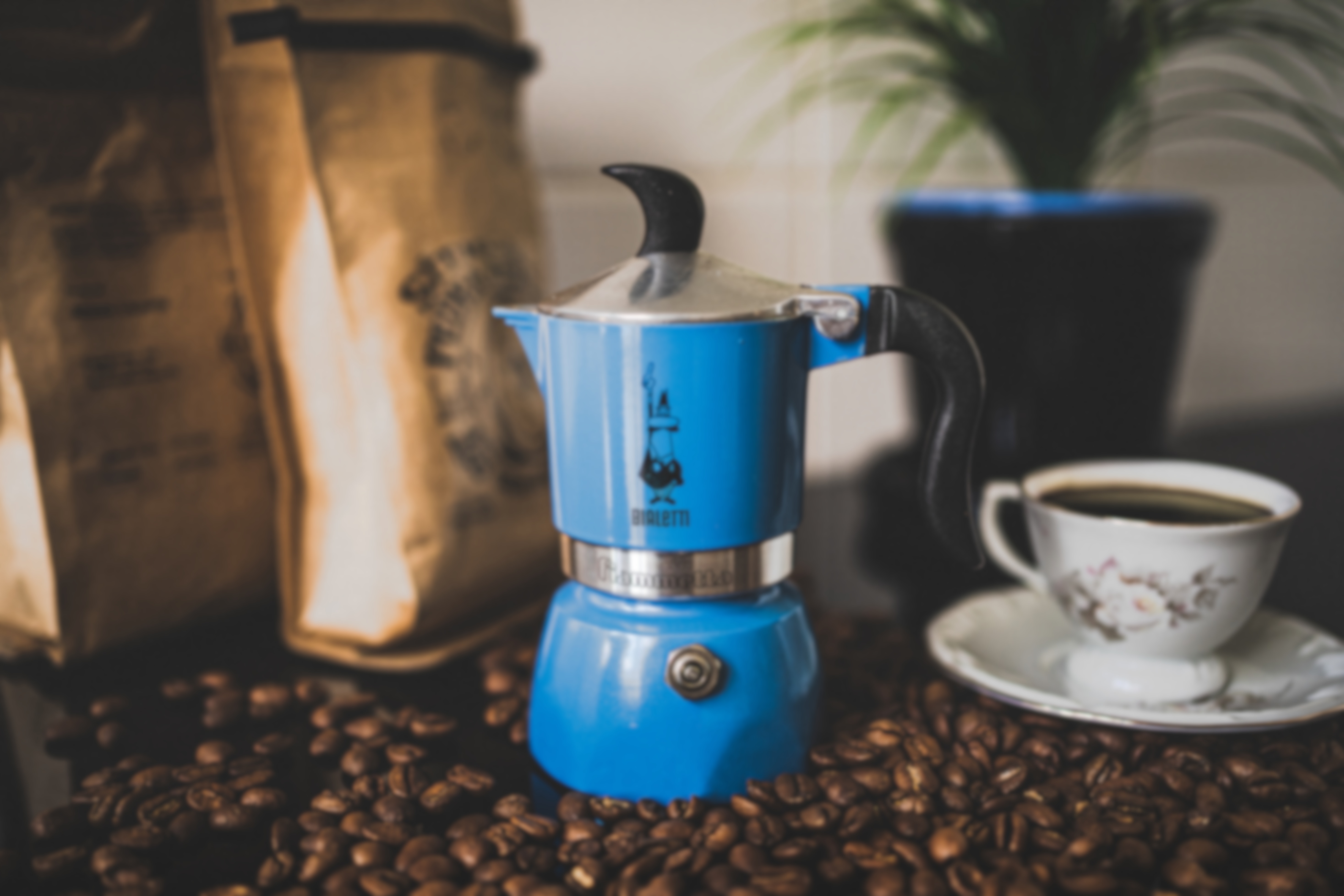 Photo by Rafael Leão on Unsplash
relationships
Love of The Moka Express
In Memory of a Dead Uncle
By Philip Ogley
Apr 20th, 2020 | 5 min read

For the past six months, I’ve been getting up early to write a novel. I don’t know why, because the story isn’t going anywhere. But I do it all the same. It feels important. Necessary. Like breathing.

To help me along I drink coffee made with a Bialetti Moka Express. If you’ve never seen these, they look like giant octagonal chess pieces — bishops or knights in shining armour. Normally they’re coated in burnt-on coffee like seepage from an industrial process. If you buy them from a shop, they’re perfectly shiny. Like components for a missile.

I’m not much of a coffee connoisseur if I’m honest. I drink the stuff because it keeps me awake, plus I quite like the taste. I could probably buy a machine, stick a pod or a capsule in it and press GO. But where’s the fun in that?

With the Moka Express (and I’m not selling these things by the way) there’s a process. A process as soothing and as comforting as the coffee it makes. Even the most fractured of souls can be calmed in the morning by its gentle purring as it heats up on the stove. The quiet gurgle as the coffee splurges out of the nozzle. And then finally, that satisfying sigh as the remaining coffee is expelled. A three-act play performed in only fifteen minutes — a horror story in today’s high-pressured latte world. But worth waiting for all the same.

My fascination with these things started when I was a kid on camping holidays in the Scottish Highlands with my crazy uncle. He was my father’s sister’s husband, but he wasn’t like a relative at all; more a wayward traveller who’d befriended the family by accident, and simply wanted to do the right thing.

My mother had recently died, and as my father was always so busy at work, my uncle stepped in during the school holidays to take me off my father’s hands. I was only eight when my mother died and had already been at boarding school for a year. In short, I was pretty fucked up. So those trips to Scotland were amazing adventures, an escape from my grief and the austere surroundings of school.

The splendid Highland views, the soggy tents, the stiff walks in the mountains, I’ll never forget. But most of all the coffee. I didn’t even drink coffee back then, what eight-year-old did in 1979? But it wasn’t the coffee that fascinated me. It was the shiny 3-cup Bialetti he used to slide out of his bag like a pistol. Tapping the old coffee grounds away into the heather, refilling it with fresh ones, and then brewing it over his camping stove.

I’ve no idea where he got it from, or the coffee for that matter. In 1970s Scotland, it was difficult enough to get instant coffee, let alone real coffee. But he did, and as he smoked his Gold Leaf cigarettes and drank his brew, it looked like the most pleasing thing in the world.

He’s dead now but his memory lives on in a 3-Cup, a 6-Cup and a 12-Cup Bialetti, all neatly hanging from hooks above my stove. Which one I use depends on how I feel in the morning. If I’ve slept like a baby, I’ll use the 3-Cup. If I’ve dreamt about wild boars rampaging through my house (I live deep in the French countryside), the 6-Cup. And if I finished a box of Bordeaux the night before, the 12-Cup. My uncle would understand these petty nuances, I’m sure.

The other thing he gave me, apart from a range of Italian kitchenware, was a love of cold water. On our camping trips, we would invariably camp by a loch. For no other reason than he liked to swim in them. If you’ve ever swum in a Scottish loch, it’s like swimming in liquid nitrogen. An enormous vat of icy cold water ten miles deep, as black as hell and as cold as anything you can imagine on planet Earth. And when you swim out and look down into the depths, it’s total darkness. Like being in space.

‘It freshens me up,’ my uncle always used to joke with me as we dried off with our miniature towels the width of serviettes.

‘Yeh,’ I nodded painfully as my bones shook to dust. ‘And it kills me every time.’

It wasn’t actually that bad. Partly because I’d already been in coldwater training, courtesy of our psychotic housemaster at school. Bored with simply doling out detentions or lines, he resorted to half drowning pupils in cold baths. Making them lie fully naked in freezing water at midnight until we were told we could get out. And then forced to dash outside into the cold December air still soaking wet because he’d set the fire alarm off for a drill.

I never told my uncle what happened at school in case he told my father. Who would instantly accuse me of exaggerating or lying, and probably ban my uncle from taking me on these trips because I talked too much. Either way, my uncle was probably quite surprised how well I took to the icy cold water when most kids would have no doubt screamed and shrieked. I mean I did too; of course I did, it was fucking freezing, but I like to think I did it out of pure joy rather than total fear.

The upshot of this early introduction to cold water is that I now take cold showers most mornings, in the garden, even in winter. It’s a great thing to do while the coffee is brewing inside. Because at the moment I race back in through the door from the garden, my Moka Express is performing its final act as the last burst of coffee splutters through the spout.

Then I pour it into a cup and sit down at my desk to continue my book, still shivering from the cold. And as I sip my coffee, type away and gradually warm up, I imagine my uncle looking down on me. Immensely proud to see I’ve flourished into the vagabond writer I’ve become.