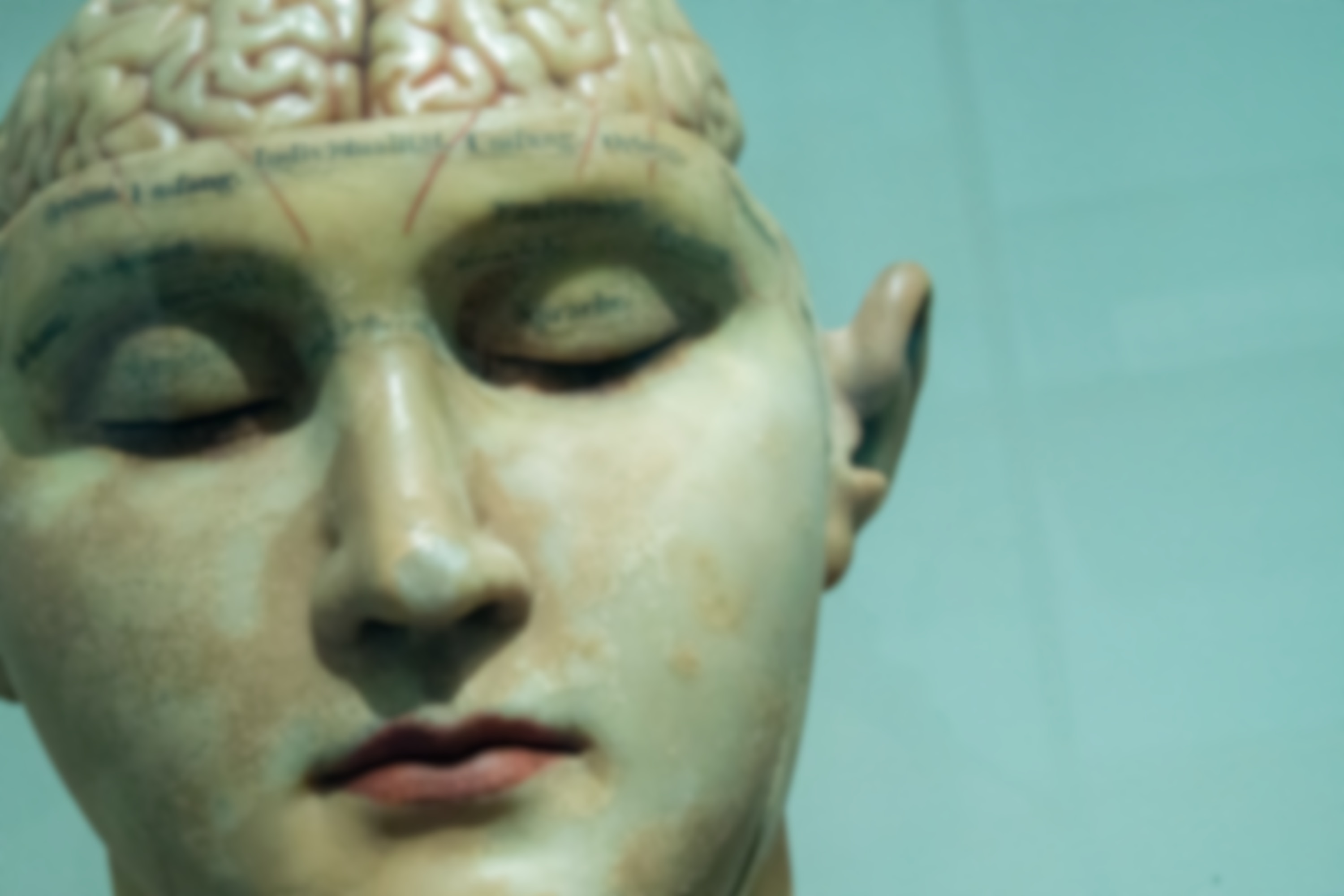 Photo by David Matos on Unsplash
travel
A Holiday Inside the Mind
Ten Days on a Silent Retreat
By Philip Ogley
May 19th, 2020 | 7 min read

I walk up the road to The Vipassana Meditation Centre with the terrible fear I’m entering the unknown. I’ve done some pretty harebrained trips over the years — slept rough on mountain sides, cycled through blizzards in the Pyrenees, swum in Scandinavian seas in winter — but walking up this lane in rural Herefordshire, feels like one of the scariest things I’ve ever done.

On my mind is a snippet I read somewhere describing this type of meditation: ‘Like a surgeon performs an operation on the body; here we perform an operation on your mind.’

I shudder and walk in.

It’s certainly not what I expected. During the weeks leading up to this, I envisaged a damp, ramshackle farmhouse tended to by a couple of shaven-headed monks preparing huge pots of porridge for their unsuspecting guests. But as I follow the signs through to the registration area, it feels more like an upmarket rehab clinic than the monastic dwelling I’d expected.

The dining room is airy and I count at least thirty other men waiting. And even more women in the adjoining, yet separate, female dining room. Judging by the apprehensive faces, it seems everyone is as nervous as I am. Why, I’m not sure? We’re not going to war, we’re not fighting a battle. It’s just that none of us are exactly sure what we’ve let ourselves in for.

I’m undecided whether to join a table and say hello, or simply keep myself to myself, bearing in mind that in two hours time we’ll be sworn to silence anyway for the next ten days. So I walk across to the noticeboard on the other side of the room and pretend to read it, even though I’ve read all the information a thousand times before on their website. All that grabs my attention is a sign telling us which day of the course we are on. Today simply reads ‘Day Zero’.

I decide to make a cup of tea and stand looking out of the window cursing the friend who got me into this.

‘You’ll have a wonderful relaxing time,’ I remember him saying.

Relaxing yes, but I’m not sure about wonderful, given the anxious faces gathered around me. I drain my mug and quickly make another just in case the strong builder’s tea is replaced by some non-caffeine herbal tea when the whistle blows.

Twenty minutes later and after two more cups, I’m called to register and shown my room.

Along with the shaven-headed monks and decaying farmhouse, I also envisaged fifty men crammed into stark, high ceilinged dormitories. So it’s a surprise to discover I’m only sharing with one other, and while the room is hardly lavish, it’s certainly more luxurious than I expected.

I sit on my bed. This is going to be hard and I know it. No books, no writing, no drinking, no meat, no sweets, no cheese, no profiteroles, no coffee, no phones, no internet, no films, no photos, no sex, no smoking, no talking, no gestures, no nothing.

Although I know the rules are there to maximise the students’ ability to learn, I feel nervous about whether I can cope without even a book or a notepad — or a glass of wine, or a lovely pint of beer. Mmm…

But as my friend pointed out, it’s hard enough to meditate in the first place, imagine trying to do it with a hangover.

We have a light dinner of lentil curry at six o’clock and then are summoned to the main hall by a gong for our first meditative experience and to take the vow of silence. This is where the relative comfort of my short stay so far evaporates when I have to sit cross-legged.

I haven’t sat cross-legged since primary school and hear my knees splinter as I settle down on the thin bamboo mat. The female contingent on the other side of the hall I notice are all calmly sitting in lotus positions as though they were born that way.

Luckily, just as my knees are breaking and I’m thinking of whether there is a last train home, the course leader tells us we don’t have to torture ourselves and can use some extra cushions to prop ourselves up if we like. I kiss him — not really — and grab three cushions to make a nice comfy seat, then plonk myself on it like a gnome, ready for the course to begin.

As it turns out my Indian roommate arrives late. (“Train strike,” he tells me 10 days later.) He can’t tell me now because we’ve already taken our vow of silence. And as the vow also precludes any visual or bodily gestures, I have to ignore him for the next ten days. I don’t even know his name and it’s like sharing a prison cell with an inmate who hates me so much he won’t even acknowledge my existence. Or sharing a room with my shadow — say what you like, it’s never going to answer back.

That night I’m in bed by nine and asleep by five-past; a miracle for a night owl like myself, but this is my routine for the next ten days: total mental exhaustion on a scale I haven’t experienced since writing my university dissertation in a single weekend.

I wake up to the sound of a gong somewhere in my unconsciousness. Even though it’s the middle of summer it’s still dark, so I assume I’m in a dream and roll over. But as the gong gets louder I realise the nightmare is real. I really am at a silent Buddhist retreat in the middle of nowhere! (Or on the English-Welsh border, which is pretty much the same thing.)

It’s four o’clock in the morning and it’s time for the day to begin.

Explaining meditation is like trying to explain what sex is like to a virgin. You have to experience it, and like sex, it’s a slow process. For the first three days you simply learn how to observe your own breathing. Once you have accomplished this, you can turn your attention to observing every pain, ache, itch and sensation on your whole body.

Every emotion we have — whether good or bad — creates a biochemical response in the body. If you observe this response you’re observing the emotion. The important element is to simply let the emotion rise up and pass without attaching either a negative or positive label to it.

For example, if it is an itch, you try to resist the craving to scratch it. The same idea could apply to a cigarette. Equally, should you experience a negative emotion, such as guilt, fear, jealousy, anger, or hate, then likewise, you try to observe it objectively and let it pass. The idea is that over time you gradually learn how to divorce yourselves from the past and future, and how to observe reality as it is, rather than how you want it to be.

What’s so appealing about this type of meditation to many people, is the absence of worship, blind faith, tradition or ritual. There is no scripture or commandment to obey, no god, deity or idol to worship, and no religious rite, initiation or custom to undertake. And this ‘striving for liberation’ is what I do for the next ten days: up at four o’clock for meditation, breakfast at six-thirty, more meditation until lunch at eleven, further meditation from one to five, then tea followed by more meditation until bedtime at nine.

Counting down the days is inevitable, but due to the early starts they tend to roll into one massive meditative blob. You have wild dreams and even wilder visions coupled with personal memories, good and bad, erupting out of nowhere. And this is the hard part, as without the comforts of modern life, you are forced to deal with these sometimes unpleasant memories alone as they filter up through the subconscious. Perhaps one important note is that there is no real fun. People expecting some sort of happy-clappy holiday camp will be extremely disappointed. It’s pretty damn serious, partly due to the silence, but also due to these deep seated emotions rising up from the bottom of your mind.

When it finishes, I walk back along the lane I’d come up ten days ago, and thumb a lift to the station in Hereford. There, waiting for the train, I have a pint and a meat pie in a nearby pub. I notice a few more people from the course standing at the bar also ordering food and beer. Everybody looks quite happy so I beckon them over.

Over the next two hours as we glug back ale and eat pies (we all miss our trains) nobody can stop talking. It’s like we’ve all just got back from a great trip and can’t stop telling everyone about it. Which in a way, now I think about it, as I write this down, is exactly what it was. A holiday inside the mind.